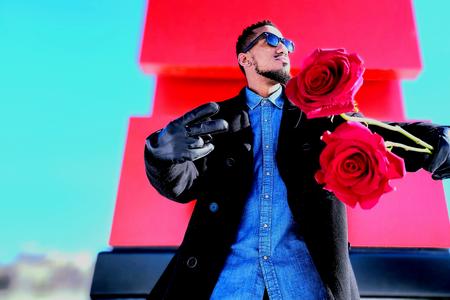 Jskillz began pursuing his music career in 2005 as a part of a rap and R&B group he founded called Midtown Underground. He formed the group in high school during his sophomore year. Before the group formed, he and his friends would hang out listening to rap music and freestyling. Jskillz received a lot of positive responses so he decided to try his hand at writing and producing his own material.  After that, Midtown Underground was formed. The group became well known in the local rap scene and were signed to Ensemble Records that same year.  They had a relatively popular hit called "This Is Midtown".  The group released five singles and a mixtape before eventually separating and venturing off into solo projects in 2006.

As a solo artist, from 2006 to 2011, Jskillz released several mixtapes and singles.  In early 2011, Jskillz decided it was time to take his career to the next level by establishing his own independent label, M.T.U. REC. (Must Think Unique Records) and releasing his debut LP, "Nothing to Lose”. He received so many positive reviews, he knew this was something he wanted to continue to pursue professionally.  Jskillz's first professionally produced music video for the single "A Million Ways To Love You"  was released November 2011 it also received a lot of positive responses. As a result, Jskillz received more recognition both in the U.S. and internationally.

In 2012, he released a collaboration EP entitled "Great Minds Think Alike" with another Davenport based rapper, J.C., that was sponsored on Datpiff.  The site awarded the EP a bronze award for the number of downloads it received, which was a great accomplishment.  In 2013, Jskillz released his second solo EP, "Man in the Mirror". The video from the first single, "Mirror, Mirror," was picked up by several radio stations, publications and blogs.

Jskillz's EP, Positive Vibes Only, was released in December 2015.  He feels that "Positive Vibes Only" is more than a EP, it is a movement and how he represents himself as an artist - positive and inspirational.  To date, Jskillz has released five singles off the project, "90's Kid," "Taste Of Victory," "Gonna Get You," "P.V.O. Part 2" and "Just Vibe".  All five singles trended on Reverbnation and other popular social media networks.  He released the video for “Taste of Victory” on February 20, 2016. The video amassed over 558,000 views. Jskillz expressed an immense amount of pride in this project, "This is a very exciting time for my brand and I feel very blessed to receive all the positive responses."

Jskillz was also featured in the music video "World Goes On," a single by Des Moines native and frequent collaborator Zig-Zag. This video was released on August 29, 2016 and has over 100,000 views.

​On June, 10, 2017, Jskillz released his latest album, "Universal Language," as an exclusive on SoundCloud. The album generated over 151,000 streams and received radio play on multiple stations. To date, Jskillz has released five singles off the project, "Effortless," "Star Of My Life,"

Jskillz released his EP "Hearts and Hashtags" on February 14, 2018. The EP was released on SoundCloud and all major retailers. The EP generated over 26,000 streams.

On Feburary 7, 2019, Jskillz released his album " When It's All Said and Done." The album was released on Spotify, Apple Music and all other major retailers. The album generated over 52,000 streams.

On September 18, 2020, Jskillz released a music video for "Mr. Nice Guy"  with Spencer native and frequent collaborator Eleven 23. This music video has over 206,000 views and counting.

Jskillz released his EP "Michael' on December 11, 2020. The album was released on Spotify, Apple Music and all other major streaming services. The album has generated over 178,000 streams and counting.

As a result of the "Positive Vibes Only" movement, Jskillz received partnerships with Rudeboy Magazine and Rudeboy Clothing Brand.